Who could read stories of dog rescue and not be inspired?  If you're looking for evidence of how much good a few dedicated people can do in the world....follow DIAMOND DOGS RESCUE, INC and it's DIAMOND FAMILY of volunteers, fosters and supporters!

You can follow all our rescues and their stories on Facebook just by searching the words;  "A rescue's journey- Meet ......." 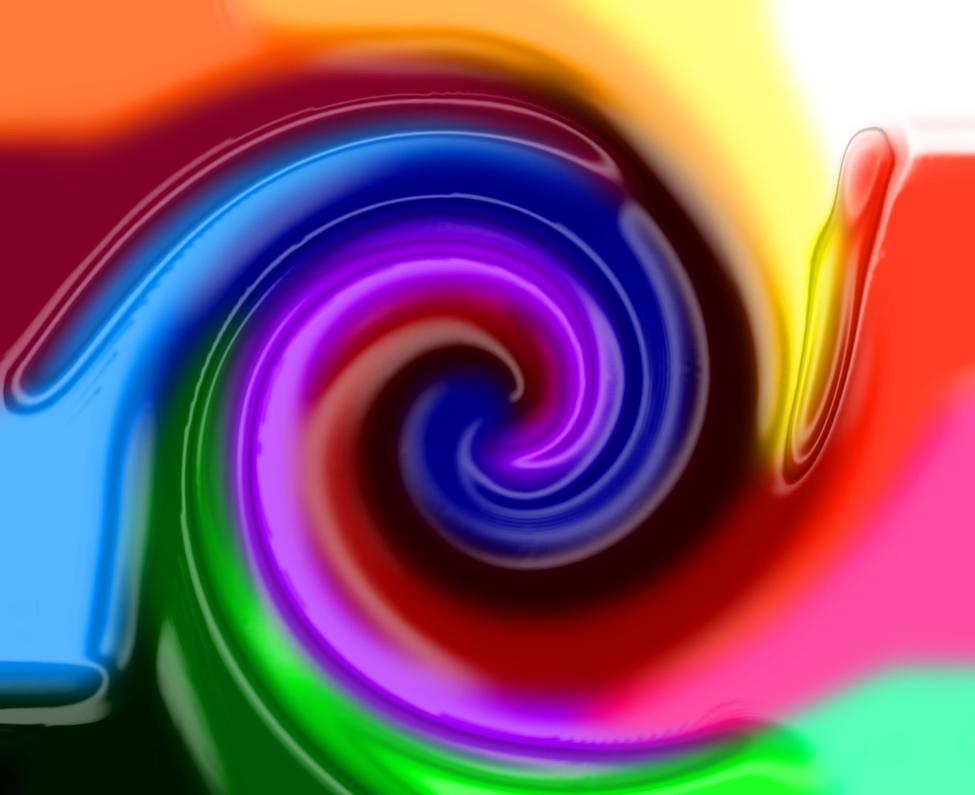 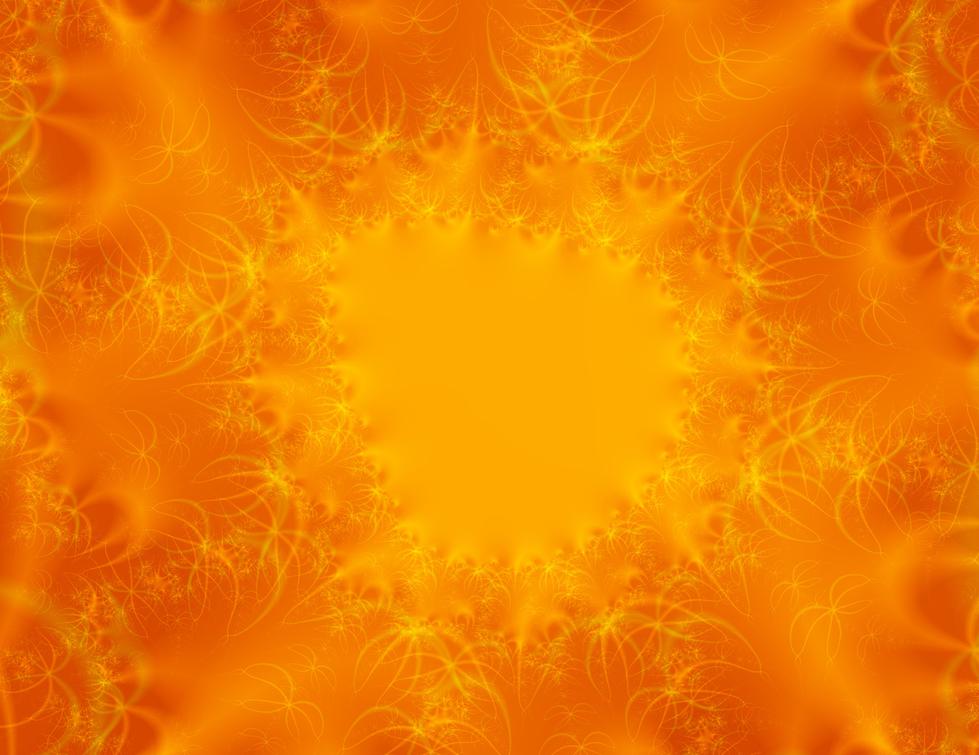 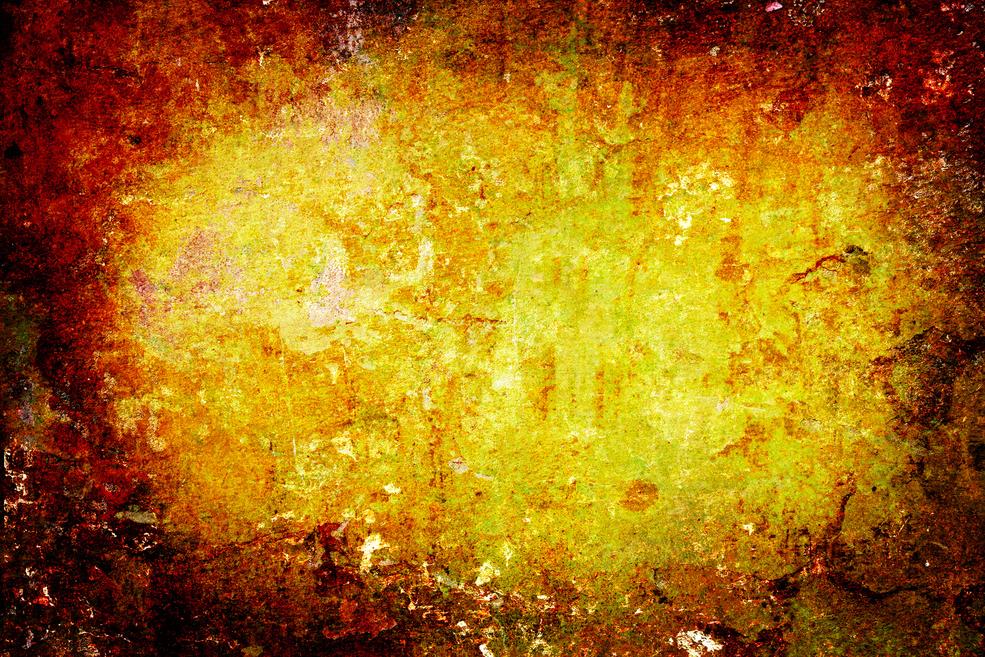 Brodie was a rescue, but not your normal kind.  He was pulled from a high kill shelter for the sake of money.  The more dogs pulled, the more money this group made by donations.  But, that’s all they did-pull the dog and dump them at the vet’s office with no plans.  Brodie lived almost eight months in a vet’s kennel– looking at the world, but unable to go out and play in it.  There was not enough help at the vet’s office for the many that got dumped to offer free time.  Toni learned about this group of dogs at South Robeson Vet Clinic in NC and began networking to find them all homes.  Brodie had been treated for his heartworm treatment from donations so he would be easy to adopt without the worry of medical care.  He did not deserve this, he deserved to run free and play and know the love of a family.  So, with the effort of  many facebook supporters, Brodie found his mom & dad– Cindy and Tim.  Or was it really that they found him?  Either way they are a perfect family.  Brodie started his new life in Florida but now lives in Indiana.  He is such a beautiful and well adjusted dog and updates of his life brings lots of smiles my way. 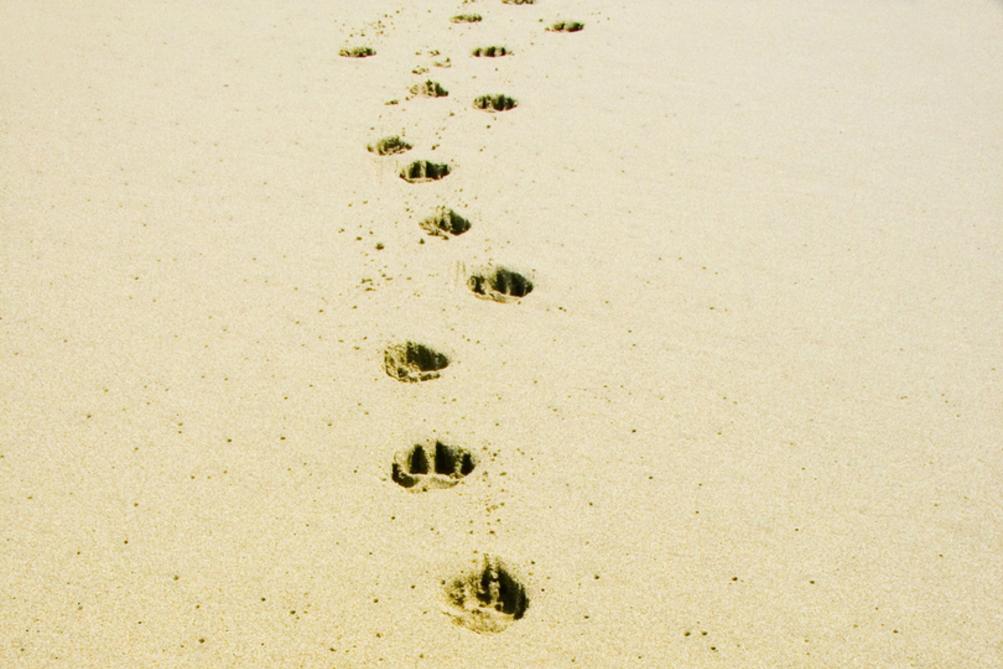 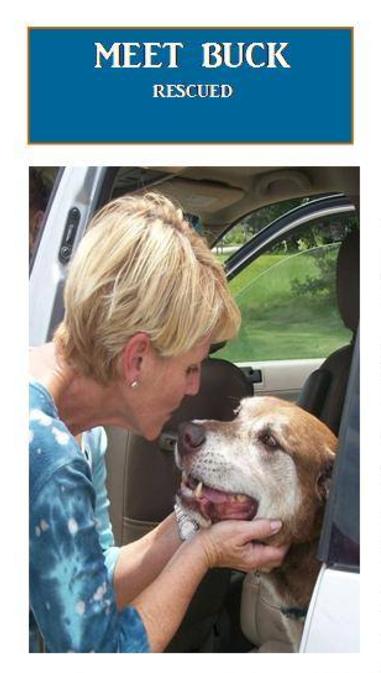 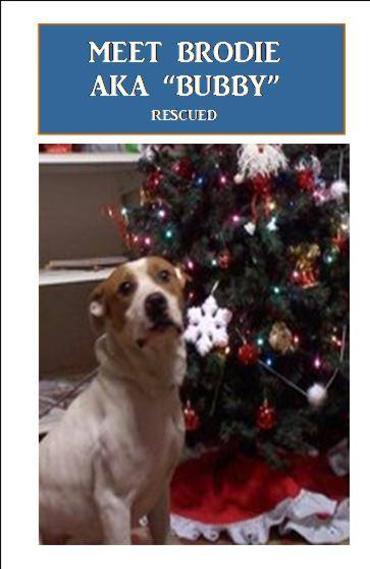 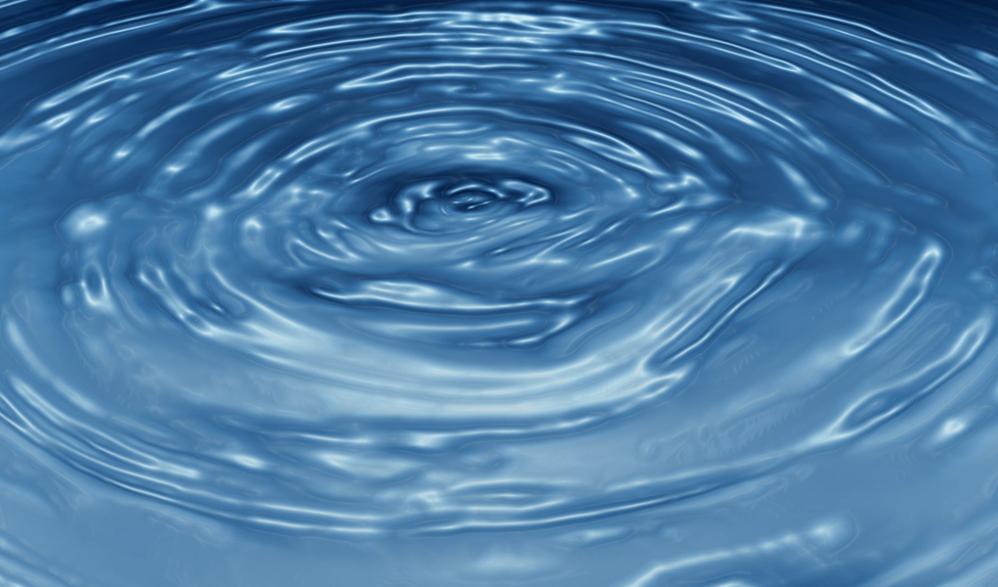 Jane was a stray who was very timid and withdrawn.  When approached she would not even look at you because she was so afraid.  In fact, I rescued Jane because I learned that she had not been made available for adoption while waiting for someone who was coming for her.  However, when the adopters got to the shelter they did not take her because she was timid and would not come to them.  I have learned you cannot judge a dog in the shelter! But, poor Jane was “off the market” while waiting for her adopter to show up, so valuable time in searching for a rescue was lost– only for someone who didn’t want her!  HOW COULD I RESIST MAKING SURE SHE WAS SAVED?  Jane is now Rhys and was adopted by her foster.  She’s an incredible girl whose “failed foster” fell in love with her and could not give her up! No surprise there! 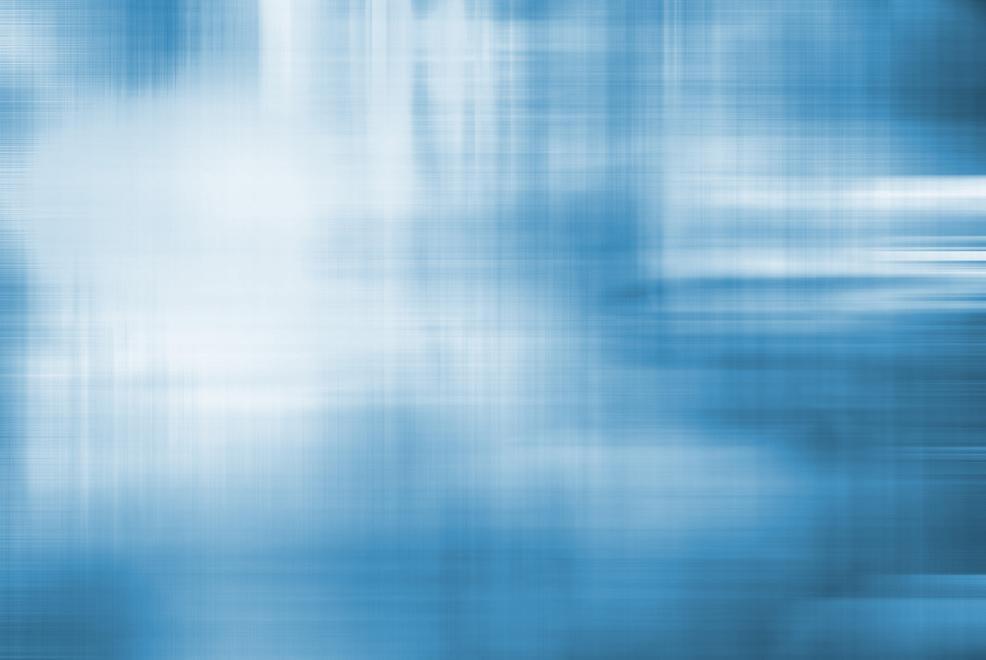 ​She’s just an ordinary dog who “sees” things differently!  Bella lived in GA and she and her mother were  being abandoned by their family who was moving out of state.  At only 12 months old this is not what she might have expected of her life.  When I learned about this situation, I could not let her be taken to a shelter because I was sure it would mean certain death for her...because you see, Bella was born without eyes.  It was likely she would not make it out of a shelter in GA.  So I arranged to rescue both Bella and her mother.  Bella turned out to be one of the nicest puppies I ever rescued and fostered.  She is full of happiness, she is loving, she is anxious to please and she is one of the smartest dogs I know.  She is an inspiration to all who meet her and it’s easy to fall in love with her– she fills your heart with joy.  Bella was adopted by a loving family in NH.  Besides her new mom and dad, she has three human sisters and three  K-9 siblings that share the home with Bella.  She has completed her Good Citizen training with flying colors and continues to amaze every one who meets her! 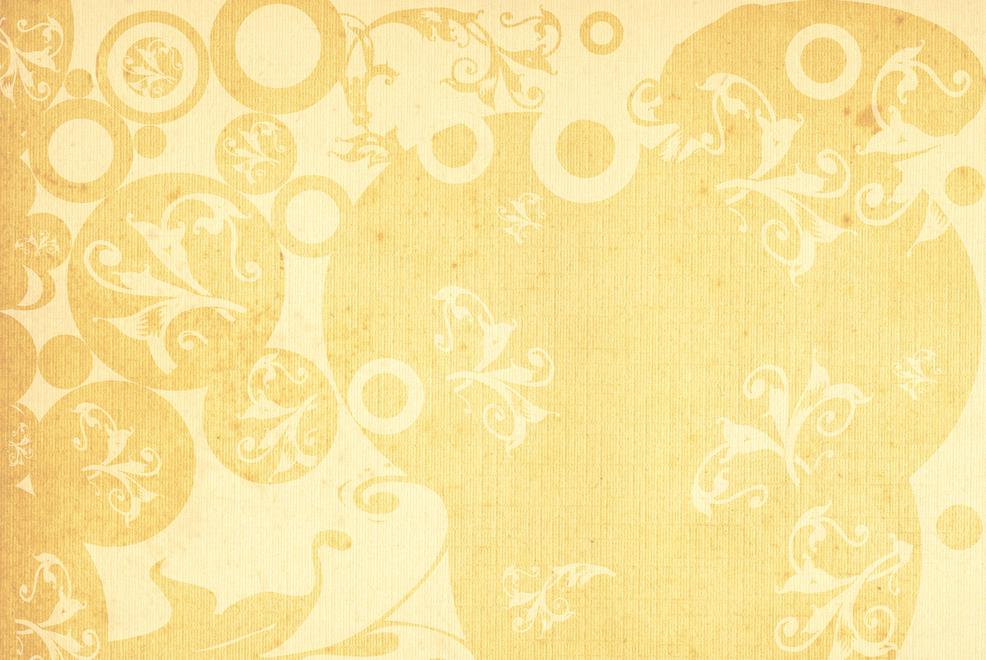 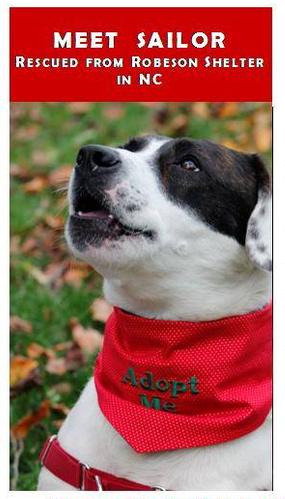 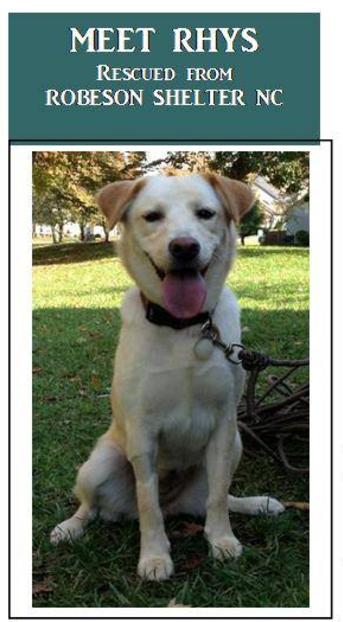 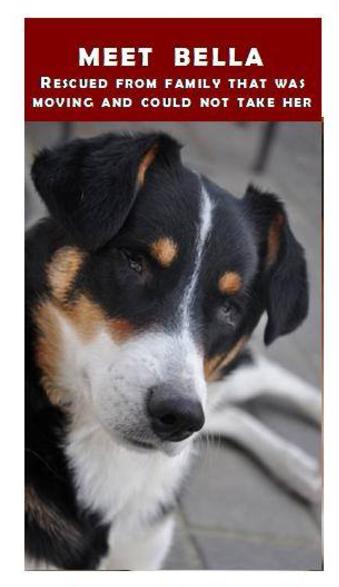 Aurora was Toni’s first mom and puppies.  She was located in a high kill shelter in NC. Toni watched on facebook as so much interest in rescue of her puppies was posted but NONE of her.  The real concern was Aurora was believed to have been hit by a car at some point in her life. Her back leg had healed so as to cause it not be able to bend, so Toni had concern for her NOT being adopted once her puppies were gone.  This concern is what caused the rescue– “Please get her and her puppies out!”  The story was not all happy, Aurora’s puppies struggled and one by one within 30 days we lost them to distemper.  On top of that Aurora was heartworm positive.  But, while being treated she was networked for a home and THE BEST FAMILY EVER reached out for her.  They had planned on adopting one of her puppies and could not turn her away.  She has two siblings and lives in MA now with her wonderful family and many photo updates give us a glimpse into her happy life now with Michael and Sherri.  The love between them is mutual and warms my heart each time they share her updates with me.

Buck was Toni Diamond’s first senior rescue. His owner dumped him after 13 years of service!  He was in a high kill shelter in Georgia and a volunteer posted “I took Buck for his FINAL walk today and he was so grateful and loving.  But, when we got back into the shelter, and I went to put him in his kennel it was as if he KNEW this was the end.  He sat down and would not move and I wanted to sit down on that floor with him and just cry!”  It was this volunteers post that touched Toni’s heart and made her call quickly to save his life. This picture of Buck was my favorite and is with his VOLUNTEER transport angel who took him from Georgia to his adopters, Beth and Jerry in NC.   Buck lived just over a year with them before he went to the rainbow bridge.  He knew great love and caring  and they knew the rewards of his love and devotion.  RIP our handsome “old man”

Dozer was in a high kill shelter in NC.  When Toni saw him posted she thought it could not be possible, he was stunning.  She could not imagine someone would consider him a THROW AWAY!  He had the face of an angel but the fear that showed in his face from the shelter photo was unmistakable.  She just had to get him out of there.  The poor boy was so frightened.  Toni called the shelter and asked “what’s wrong with Dozer? Is he aggressive?  Is he ill?” NO! In fact he’s as beautiful in person as the photo and he’s FAR from aggressive– he is more on the submissive side.  Can you take him? I already had two dogs in the vet’s office being rescued and my bank account was looking bleak.  But how could I leave this dog whose eyes looked right at me as if to say “get me out of here, please”.  How could I not take “just one more”?  How could I make money an issue?  The rest is history...he was pulled and it did not take Toni long enough to decide she could not put him up for adoption.  She fell in love with him immediately.  He’s a perfect fit in her home in NJ ! 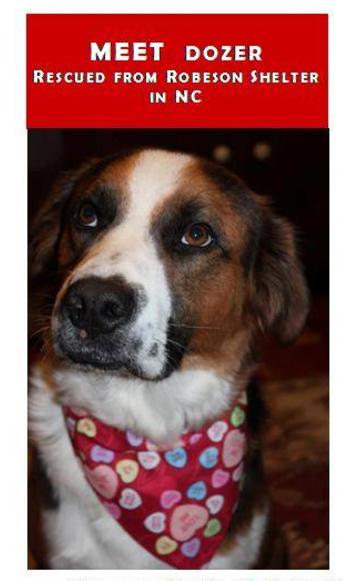 ​Sailor spent the first fourteen months of his life with over 10 different families.  Soon after he was rescued it was discovered he had seizures but life had not been kind to him beyond the medical issues.  His first adopter returned him after five months because she could not “handle” him!  The solution - a 4 month old puppy was confined to the garage day in and day out.  Is it any wonder he was confused and undisciplined?  He wasn’t taught how to be a good dog.  After Toni took Sailor into a regimented training program that began with a month in boot camp coupled with a month of daily reinforcement of his training and exposure to all situations that would help make him a better dog Sailor was finally adopted by a good friend of Toni’s.  He is best buddies with his dad, Charlie Dahms and lives right on the Barnegat Bay in New Jersey.  He spends each morning watching the sunrise while his dad has a cup of coffee and then it’s off to spending the day with his best friend.  He and Charles are inseparable.  Lucky Sailor….he made it in spite of his first adopters failure to him!